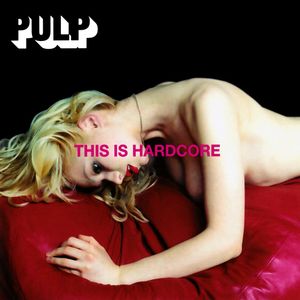 It feels like only yesterday that this album came out. But it wasn't! Let's wish a very happy 20th anniversary to Pulp's This Is Hardcore, and revisit just what makes this such a special record.

Pulp's 1998 record This Is Hardcore was a very different record than its two immediate (and glorious) predecessors, Different Class and His'N'Hers. Frontman Jarvis Cocker's sardonic social commentary was something changed; the lyrics feel a lot more personal, and lot more mature. It was certainly a more fatalistic record that was less about painting the picture of modern life and more about what said modern life actually feels like (not all that great, evidently). In other words, we're talking less about the party and more about the morning (and years) after.

After all, with the possible exception of "Party Hard," there's really no replication of legendary hip-shakeable staples like "Disco 2000" or "Babies." Instead, there's songs with a palpable sense of realized mortality and daily banality; even sex feels labored and inauthentic in the album's title track, the lengthy lothario loungeness of it all almost reeking of decades of smoke and too much cologne. Cocker seemed to be doing some serious soul-searching, and you can hear it across most of the record. Longing, regret, pain, fear - it's all there. But of course, this being a Pulp record, it's all done in a stylish and charming way.

On This Is Hardcore, you're listening to something shift. Change was in the air when this record came out, musically and otherwise. But while time and tide may wait for no man, Pulp's excellence remains.