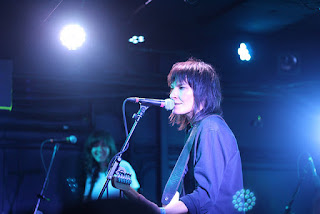 Intrepid mysterious Special Guest Star The Paper went in search of good live sounds, and the following is what transpired when he took in Jen Cloher at the Rock & Roll Hotel.

I have it on good authority that the acoustics at the Rock n Roll Hotel are, at times, questionable. If such is the case, it was not evident when I had the pleasure of seeing Mia Dyson and Jen Cloher on a sold out night. Jen was absolutely right when she joked during her set about giving the crowd their twelve dollars worth, before stating that Mia and company more than satisfied said goal. 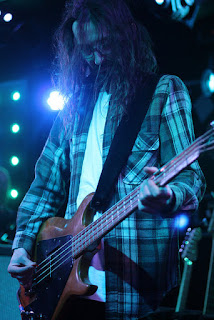 Mia proclaimed that the older she gets, the more in touch she is with the little girl inside who didn't give a fuck. The magnetic cohesion among her three piece suggested otherwise. Brief guitar solos would give way to bass ones then somehow all of them would unite for tender harmonies. "Bleeding Heart" was my favorite, it started slow like one trying to light a fire before building into a literal and metaphorical crescendo that exhibited the beauty inherent in mastering any craft. After having seen Moor Mother about a week after this, I am thankful Mia chose to craft songs. 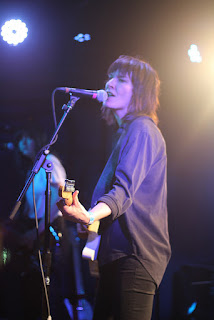 It's embarrassing to admit that I didn't realize Jen's melody guitarist is Courtney Barnett. She played on her own island at times, almost disregarding the rest of the band, clearly demonstrating her mastery of the guitar and depicting the distinction between hitting notes (the extent of yours truly) and playing music, at times stealing the spotlight thusly. It was a delight to watch her and was easily worth the price of admission. 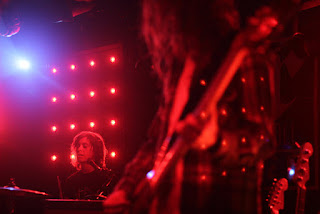 Of course, Jen still led the band and she made it look easy even if she reminded us of the opposite. She mentioned that the idea of an Australian touring in the US is not lost on her. There's the experience of partaking in live music and then there's being inspired by it. Inspiration aside, Jen and company were sublime. The bass and drums thumped in tandem, every beat leading the crowd to headbang. The two guitars wailed with enough passion to seduce the crowd who chanted loudly for an encore. Jen obliged and brought Mia back as an extra treat. 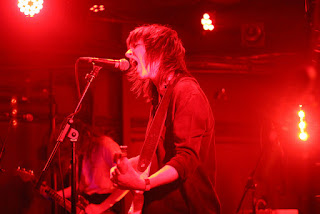 [words and photos of Jen Cloher by The Paper]