Video of The Day: Amen Dunes 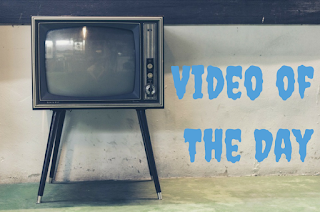 Amen Dunes (Damon McMahon) is about to release his first record since the outstanding, impeccably gorgeous Love, one of my very favorite records of 2014. I can't believe it's been so long, but I have no doubt the new material will be amazing.

"Miki Dora" is the first taste of Freedom, out March 30 on Sacred Bones. Named after and inspired by the famous surfer, McMahon states that "Miki Dora" "is a reflection on all manifestations of mythical heroic maleness and its illusions." The song has that same sense of beautiful isolation as older works, but with an added energy of some unexpected electronic undertones. The video, directed by cinematographer Steven Brahms, captures the electric exhilaration of the song in a combination of vintage footage, well-placed lyrics, and shots of an intense young fellow running through the streets of New York. I absolutely can't wait to hear what else McMahon has in store with his version of Freedom.