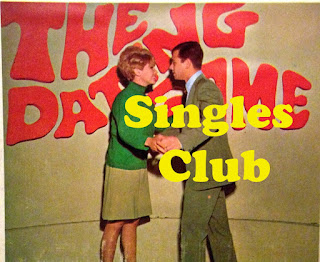 Death Hags is the solo venture of DCTV's Lola G, and with debut single "Metal Teeth" Lola proves she's got some serious bite. According to Ms. G, the song is about "personal transformation and women reclaiming their freedom to be angry, strange, loud, and dangerous." That's certainly a battle cry I can get behind. There's just enough prettiness in her vocals to soothe savage beasts, but Lola's venom comes through and wreaks plenty of wonderful havoc.

With Public Access TV's new ditty "Lost in The Game," the band shows just how they've managed to avoid any slumping of the sophomore variety. Feeling very 80s with its kicky beat and peppering of sax, this little nugget gives off an irrepressible energy and free and easy cockiness. "So what, who cares, goodbye," goes the refrain, and that's the sonic shrug that fits this jaunty song perfectly.

It's full steam ahead for Sunflower Bean with "Crisis Fest," the song released along with the announcement of the band's forthcoming second record Twentytwo in Blue. While the record isn't out until March, there's more than enough swagger to whet the appetite with this firecracker. The vintage sounds are all over, with fist-pumping beats and stadium-ready vocals. Batten down the hatches for this second effort, friends.