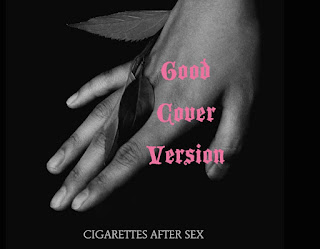 I'm a big fan of the Cigarettes After Sex record released last year (spoiler alert: it'll be in my Best Of). As such, I was quite curious to hear how Rosie Carney would take on the sweet smoke of "K.," one of many stunners on that CAS record.

The song is in safe hands with Carney, who handles the song with kid glove tenderness and all sorts of sweet emotion. Her version feels incredibly honest, and just a bit haunted. "It's one of those songs that I wish were mine," she says of "K." With her lush, ethereal treatment, Rosie should definitely be allowed to borrow the song anytime she sees fit.