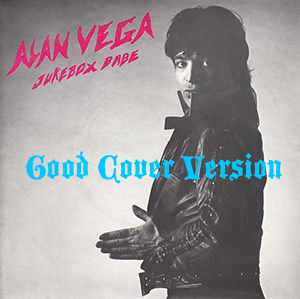 Moon Duo has the right approach to cover songs. "We never want to do faithful covers of great songs, because what's the point," they opine. Instead of going down the same road Alan Vega took on his sublimely scuzzed, nervy 50s redux jangler "Jukebox Babe," Moon Duo goes full-on "cosmic disco." It's a treatment that's instantly recognizable, but with some added quicksilver shimmy to keep the hipshake factor high.

If this isn't enough cover love from Moon Duo, January 19th sees the release of their version of the seminal Stooges ditty "No Fun." Watch this space.