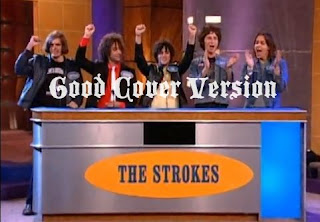 I think that first Strokes record, Is This It?, has aged rather well. "Someday" was definitely among my favorite songs on that particular record, with all that jaunty, feel-good fuzz emanating a certain undeniable something. Fast-forward to now, and it's Julia Jacklin's turn to breathe new life into the song. Recorded in studio on Down Under station triple j, Jacklin's rendition  is all sorts of dreamy, her voice in fine form. Rich yet just a touch fragile, Jacklin's voice comes across as a bit of a throwback, and sometimes listening to her I can't help but think of the legendary Patsy Cline. She's certainly done rather a fine job turning the boys club Strokes nugget into something entirely new, something that yearns and waits. Simply stunning.