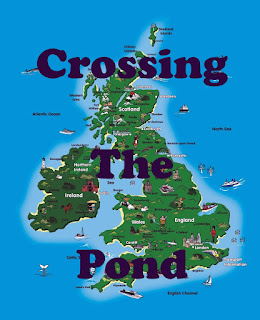 Much great music is made on the other side of the Atlantic. Here your hostess indulges her love of all things Brit (and Eire) to bring you some songs you should be listening to from the British Isles.

The forthcoming Lowpines record, In Silver Halides, was written during cool climes and recorded in a greenhouse during a heatwave. On "Broken Wing," both the chill of winter and a slick sheen of something hot come through in the ardent vocals and impassioned instrumentation. An intricate, rather intriguing listen.

I think it's safe to say there aren't many gents out there with a voice like Dublin's Paddy Hanna. Theatrical and full of exuberance, Hanna's vocals are big on drama and bigger on impact. "Toulouse the Kisser" is charming from the first note, a lush 60s-inspired wall of sound backing Hanna's powerful crooning. This is a song well worth swooning over.

The inspiration for Sean Christopher's "A Thousand Hues" is one of the most heart-wrenching I've ever heard, the Bristol-based troubadour bringing his song to life after hearing the story of a Japanese man whose wife was killed in a tsunami. The man couldn't find his wife, and ended up taking diving lessons to search for her, even though his quest was doomed to be hopeless. The man's action is really the ultimate expression of love, and Christopher captures some of that heightened emotion in this beautiful song, delivered with such a soft, tender affection.