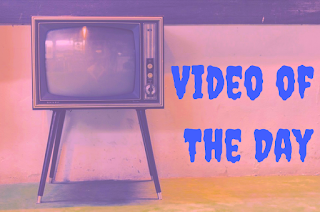 Now that we're all sick to death of Christmas music, I'd like to offer up a heck of a palate cleanser. London's self-professed "Clapton Cowboys," Creatures, have just released a video for their dynamite nugget "Goldeneye," and you're about to see the premiere of said video right here, right now.

The song, according to BBC 6 Music's Radcliffe & Maconie, is "harking back to classic 60s songwriting, reminiscent of The Last Shadow Puppets." I won't argue. "Goldeneye" has a certain swagger, bolstered by both the perfect pitch of frontman William Yates and the classic, retro potency of the shimmy sparking in the riffs and rhythms. The band's Morricone-meets-psych rock-meets Bond soundtracks sound with some sneaky pop tendencies definitely hits a vintage sweet spot, and the song's video takes the throwback theme and runs with it.

Creatures has already supported Temples on a recent run of dates, and London-area fans can catch them ringing in the New Year at the Heavenly Social. Doubtless one of the best possibly ways to say hello to 2018.