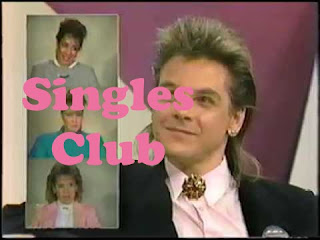 How do you make a dreamy little song even dreamier? You could do what California twosome The Gloomies did and bring in Madeline Follin (Cults) to add her breathy coos and heart-melting vocals. The enchantment of "SPACE" lies not only with its guest star, of course, but in the quiet storm of the dusky bedroom beats and things left between the lines.

I've often wondered how a musician might approach it given the chance to go back in time and change something about a record. If, given time to reflect, would they want a do-over? M.Craft has gone all in and revisited last year's Blood Moon record, tinkering with it to his heart's content. The resulting release, Blood Moon Deconstructed, contains tracks like the breathtaking "Dim Thing," a brief but brutally beautiful moment in an endless, suspended sonic space and time.

With "Like Yesterday," Chicago's Paul Cherry turns his lovesick blues into a funky little shimmy shake of a song. "We used to be a major chord," Cherry laments, his torment laid bare with a musician's inevitable need to channel heartbreak into a song. "Like Yesterday" is a quirky, vintage pop treat, candy for lonely hearts.