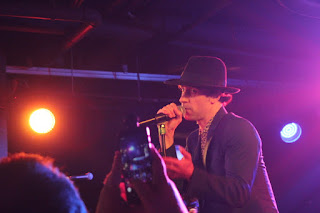 Somehow, I'd managed to forget just how much I adore seeing Maxïmo Park live. Believe me, after this most recent DC show it's something I shan't forget again. In my humble opinion, they're one of the best live bands around.

Gracing the U Street Music Hall stage once again, the Newcastle outfit played a lengthy set to an enthusiastic mid-week crowd. The 20-song set struck a balance between the band's newest material (from latest record Risk to Exist) to some of the oldest (from the divine A Certain Trigger).

It was clear from the outset that this was destined to be a great show. Starting with "Risk to Exist," the band staked their claim to the stage with authority. Paul Smith is a true frontman, incredibly engaging as both a performer and a top-notch banterer. On stage, the band's songs are even more dynamic than on record, their collective live energy adding to the potency of each song. "The National Health" was more blistering, "Going Missing" more ardent, and "Our Velocity" more fevered. 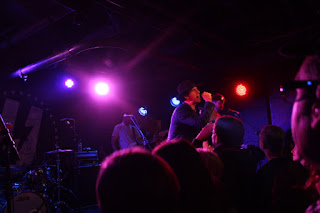 Smith shimmied his way song after song, playing to the audience with an effortless skill few frontmen can muster. Whether using the mic stand as a prop or preening his way around the stage, it's safe to say that Smith can work a stage. And a leopard-print shirt. 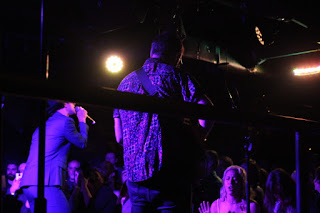 As a whole, the band fed off the crowd's enthusiasm. And there was plenty of enthusiasm to absorb. Many singalongs were had, much dancing was done. And of course, the banter abounded - covering anything from Teeside Football Club to The Cranberries...though, somewhat disappointingly, we were not treated to Paul's Dolores O'Riordan impression. 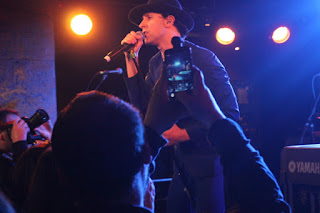 The set closed with a perfectly prickly version of "Girls Who Play Guitars," the spiky guitar and high sense of drama playing out as well as might be expected. According to my copy of the setlist, the encore was already planned, but even if it hadn't been the band would have had to come back out, given the cheers from the crowd. 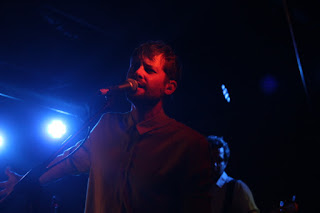 Some of the best moments were saved for last, with electric versions of "By The Monument" and "Get High (No, I Don't)" bringing smiles to many faces (including mine). But the finale, "Apply Some Pressure," was absolute divinity, rapturously riotous and a few minutes of true bliss. 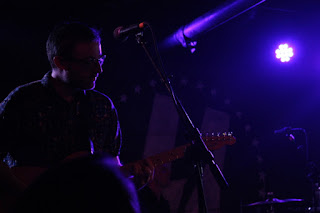 If forced to find fault, I'd say the omission of longtime favorite "Kiss You Better" was a tiny bit of a bummer. But that's about the only fault I can find, and it's a minor complaint. For those who have yet to have the pleasure of experiencing this band live, I strongly encourage you to do so at the earliest opportunity. This is a band that truly knows how to show a girl a good time.