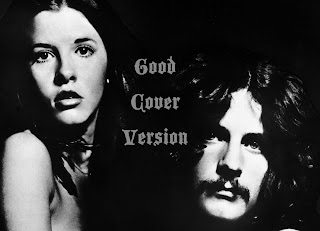 While one of the lyrics isn't quite right (thunder can actually happen when it isn't raining, but that's definitely not as lyrically powerful), Fleetwood Mac's "Dreams" is a mighty fine song.

This acoustic/keyboard rendering of the song, as done by Kim West and Ryan Devlin, the wife-husband duo from Seattle's Smokey Brights, is also mighty fine. West has a voice straight out of the days of Laurel Canyon's golden era, and she adds a warmth to the Stevie Nicks-penned lines. There's a timelessness to the way these two have treated the song, and a sort of reverence that shows what a great song it is. Very well done indeed.