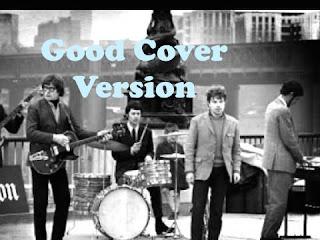 I know this one technically belongs to Bob Dylan, but to me this song was truly made perfect by Van Morrison's THEM. With Morrison's raw, resolute vocals and that famous Beck-sampled jangle, "It's All Over Now, Baby Blue" is one of my favorite songs. As such, I've got rather lofty expectations for any cover of this classic.

I accidentally stumbled upon Duncan Lloyd's Dylan cover, and was impressed by how the Maxïmo Park songwriter and guitarist handled the song. Lloyd's version strips the song back to basics, the gentle acoustic strumming and forlorn tinkling of the ivories creating a perfect backdrop for some gorgeous, faded daydream vocals. As with the THEM version, the heartstrings feel a tug, but in a totally different way. The melancholic softness of Lloyd's treatment is simply lovely.