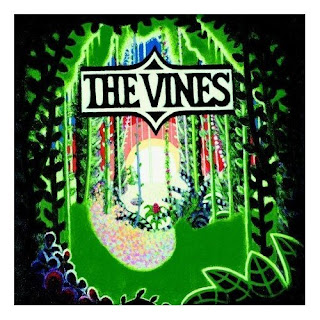 We all forget about the older stuff from time to time, in our quest to stay up to speed with the latest and greatest. But one should always respect their elders. So don’t forget about them, y’hear?

Admittedly, when The Vines first broke into the US a few years back, I wasn't totally sold. Don't get me wrong, I dug some of their Beatles-meets-Nirvana spliffy good times from Down Under. But they never quite won me over. Whether or not that was solely based on their having a lead singer who was more than a little spazzed out and prone to making silly faces, I really can't say. But revisiting Highly Evolved after a good long while, I found that much to my surprise, I quite liked it.

The highly-charged title track and the full-throttle "Get Free" were the record's big deal songs, the ones that got the most airplay and the ones people were most likely to sing along to at a show (and I say that from personal experience). And in my opinion, years later they're both still killer songs. Between that dark, Toadies-esque creep of "Highly Evolved" to the raging, Nirvana-lite riffs of "Get Free," the songs make quite a pair. But there's a whole lot more to this album than just those two, something I definitely didn't realize at the time.

I'd particularly like to highlight a few jams from Highly Evolved that stand out to me and that went unappreciated when I first picked up the record. "Autumn Shade" owes much of its languid lolling to the Beatles, particularly "I'm Only Sleeping," but brings in its own muddled mess, throwing in just enough drone to keep things interesting. The drums that open "Outtatheway" could have been plucked straight out of the Stone Roses gem "She Bangs The Drums," though the rest of the song is pure shouty, angsty goodness. The unexpected prettiness of "Homesick" blends Beatlemania with a simplicity of lyrics that hair metal bands of the 80s would approve of, without sounding ridiculous.

I used to actively dislike the "Ob-La-Di, Ob-La-Da"/grunge vibe of "Factory," but over the years the combination has worn me down, and has grown on me. The thinly-veiled ode to pot, "Mary Jane," sounds like quite a good song to light up to, hazy and mesmeric and mighty fine. I actually find it one of the best songs on the record. Closer "1969" shuts things down with druggy, retro-worshipping vigor, and there is much to enjoy in this sprawling slice of reverence to years past.

Maybe it's a guilty pleasure, or maybe there's something more legitimate to really enjoying this record. Either way, though they might well have been off their collective rocker, those Vines boys, time has show that Highly Evolved improves with age.