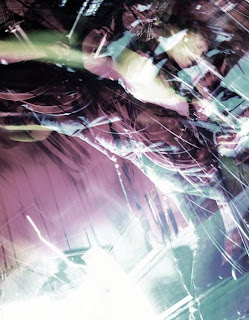 DC has, for some time now, not really been in love with festivals. Folks have tried, sure, but there is a substantial void in the festival scene when it comes to the “indie” scene. Fuzzy Logic’s brother blog, Sweet Tea Pumpkin Pie, is valiantly trying to give the people what they want: a legit (and FREE!) festival. And with 120+ bands playing over 2 days, there’s a lot to look forward to. Did I mention the freeness? Cuz yeah. It’s one hundred percent FREE. The STPP Fest is June 4-5, with a pre-party June 3. Check the official site for all the pertinent details.

The lineup of the STPP Fest is heavily weighted with local bands. Several of these local bands like to make some pretty loud noise (is it coincidence that they end up being some of my favorites? No sir, no ma’am.). One such band that makes such a purty, very loud racket is Screen Vinyl Image. There is shoegaze, there is noisepop, there is synthy goodness...and there is, dearests, a whole heck of a lot of sheer loudness. In short, just the kinda band that gets my motor running. Read on for Jake Reid’s thoughts on the impending weekend of festival fun, and what festival-goers can do with the money they save on admission.

Fuzzy Logic: Why do you think it’s been so hard to get a festival going here in DC?
Jake Reid: There's plenty of festivals that happen around DC in Maryland and Virginia, that's probably one reason. The other is space, as in, there is none in DC unless you want to pay through the nose to rent it.

FL: Band you're most looking forward to seeing at the festival?
JR: Definitely looking forward to the Custom Made Music showcase, there are a number of bands that we know and some we are getting to see for the first time but have known about for a while. Outside of that just planning on checking out who else is playing.

FL: What was the first festival you ever attended, either as a musician or member of the general public?
JR: Probably Lollapalooza.

FL: What would you advise the out-of-towners to see/do while they’re in DC?
JR: The fest is happening in the Little Ethiopia section of DC, and DC has some of the best Ethiopian food on the East Coast, so go eat some Ethiopian food.

FL: Favorite thing about festivals?
JR: Well this festival is free so you can see a shit ton of music and have plenty of cash to drop on records and merch.