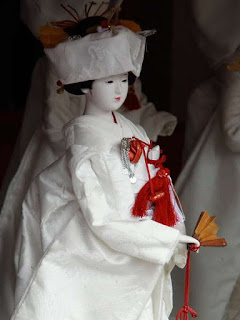 When I first met Walker Howle, Dead Confederate's imposingly tall and bountifully bearded axeman, I was told as a preface to have him tell me a story, since few people around can spin a yarn quite like Walker can. So ask for a story I did, of course, and so well-told and fantastic it was that I decided there was none better for this here new feature than Mr. Howle.

And now, without further ado, I hand it over to Walker.

The moon cast a glow that was pure hell....Man nor beast could come to terms with such a horrendous episode of visual interlude. Denny ripped not only his own arms off, but also the arms of the beautiful Miss Chaucey. They sat motionless in the horrible moonlight while the wild-eyed prairie hyenas drank from their shoulder holes....Meanwhile, on the other side of earth, Moyikami was getting married for the first time. It was an arranged marriage, and Moyikami felt quite lucky, seeing as how his wife to be was not only beautiful - but also a calm, thoughtful lady as well....Frank Stallone was the Monk that was to do the hitching....and Hitching He Did!.....Boy Howdy!

As an aside, if you're not already aware, the boys of Dead Confederate are currently touring their (amazing) new record, Sugar. They're here in DC Wednesday, so see y'all over at the Hotel for what promises to be a killer evening.

mp3: Run From The Gun (Dead Confederate from Sugar)