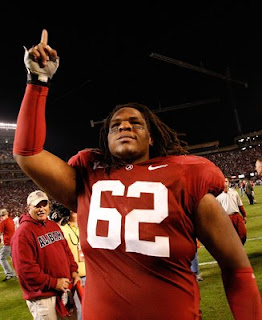 Another night, another show by a damned fine California band. I don't know what it is, my lovelies, but every dang time I see a band from the great state of California these days, I end up loving them to itty bitty bits and pieces. It's quite possible that there are more amazing bands out there per capita than in just about any location short of the United Kingdom. The latest example of this California love of mine? Voxhaul Broadcast, the band that always makes me think of Morrissey when I see their name (think Vauxhall & I). They didn't get much more Smiths than that, though certainly they didn't need to get their Moz on to make me fall in love with them. No, no, their sassy little Southern California sound was quite enough when it came to winning me over.

Voxhaul Broadcast is another one of those bands that, as much as I hate to say it, really DOES sound like California, what with their summery beats and totally tubular guitar playing. They struck me initially as sounding like a bouncier Broken West, another California band I get goosebumps for. The instrumentation has a lot in common with TBW, though vocally Voxhaul Broadcast's David Dennis gets a bit more raw than his TBW counterpart.

The lovely boys of Voxhaul Broadcast impressed me the whole evening long, with their noisy, poppy-meets-psychy-meets-rocky racket. They kept things fresh and interesting for their whole set, at times veering off into 70s rock homages, or plowing through solid harmonies and taut instrumentation. I also certainly enjoyed their penchant for good old fashioned wailing on the guitar, too. That sure does get a gal's heart beating a little faster. I wasn't sure what to expect from their set, but this band impressed the hell outta me from start to finish.

Suffice it to say, my little darlings, I really, really, really do wish they all could be California boys. Voxhaul Broadcast has a few more dates left on their current tour, and if you're in their path make sure you go check 'em out (I'm talkin' to y'all: Lincoln, NE 9/19, Denver, CO 9/20, Boise, ID 9/23, Fresno, CA 9/25, Venice, CA 9/26). As for me, well, I'm just gonna sit here and hope they get back East on the soonish tip.

mp3: Leaving On The 5th (Voxhaul Broadcast from the forthcoming Timing is Everything)